Karl Fischer Titrators; How much reagent do I need?

This is a popular question for most operators using a coulometric 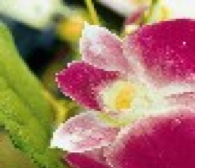 Setting aside those factors just mentioned, if we look at the reagents themselves and their capacity to measure moisture, we can come up with a general guideline as follows:

3.  A typical coulometric Karl Fischer titrator Vessel is charged with 75mL of anolyte and 1ea 5mL catholyte ampule.  Based on the 20% relationship it says that 3x5mL catholyte ampules would be used with each 75mL vessel charge of Anolyte.

Typically users do not expire the entire useful life of the reagents moisture measuring capability because of some of the factors I mentioned initially.  Another factor that I have to mention is that ambient moisture will require the coulometric Karl Fischer Titrator to maintain a dry vessel.  This process of keeping or getting the vessel in a ready to go mode can use some of the reagents useful life.  e.g. it’s not counting the moisture in your samples but that of the outside ambient moisture – for the most part this should be a small amount, but something to keep in mind and know about.

So, with all of this information, the question you may have is how long will my reagents last?  Well, that depends.  But, if you want to continue using the math we have already discussed, then, 1 charge of the vessel (75mL of anolyte with 3x5mL catholyte ampules) can measure 750,000 micro grams of water.

And, for those of you who think in Parts Per Million (PPM) you can translate into the  following: