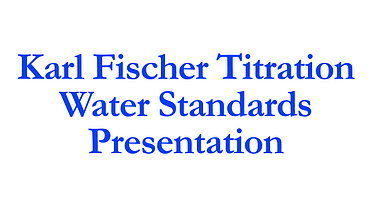 “Calibrating” a Karl Fischer titrator is somewhat of a misnomer. 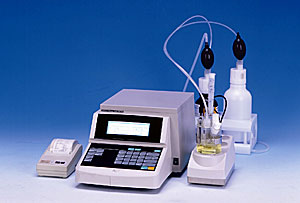 What most operators are attempting to do is determine whether their Karl Fisher titrator is measuring moisture accurately.

We use Hydranal water standards. There are two kinds we typically use for coulometric Karl Fischer Titrators.

For the 1.0 normal everything is the same except the standard should result in 1,000ppm and your acceptable range is smaller at +/-3%. So your Karl Fischer Titrator should produce a reading between 970ppm and 1,030ppm.