Hand held density meters are very useful tools.  You can take them with you and perform any of these 12 tasks.

Selection of temperature, 15 degree C or 60 degree F, will be automatically made when setting the temperature unit. Product group A: Crude oil

Measurement of alcohol concentration of Ethanol/Water mixed system in wt % or vol % at 15 degree C or 20 degree C calculated from the density at the measurement temperature. When setting of temperature unit is Fahrenheit

Measurement of alcohol concentration of Ethanol/Water mixed system in wt % or vol % at 60 degree F calculated from the density at the measurement temperature.

Measurement of Proof degree at 60 degree F from density obtained at measurement temperature Proof degree is one of the units for alcohol content, and there is US Proof and British Proof 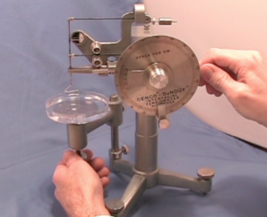 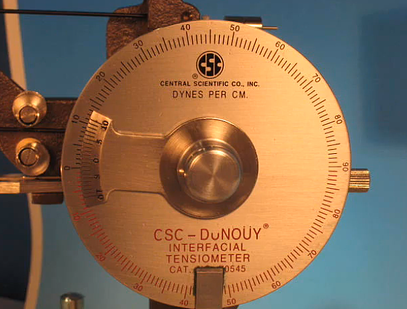 Hi, this is Hank Levi, and I wanted to take a minute to tell you about what we're doing to provide repair service and replacement of new Du Nouy Rings.  We have been supporting operators working with popular manual and automatic tensiometers for about 10 years.  It may have been a result of the day-in and day-out working with these tensiometers that led us to where we are today...but it all started about 3 1/2 years ago when we started repairing Du Nouy Rings as part of our service.  About a year later we began providing New replacement Du Nouy Rings also.

Since then we have found customers who have needed help with Du Nouy Rings from other tensiometer manufacturers as well.  Last year Fisher Scientific stopped selling and servicing their tensiometers and with it their ability to provide Du Nouy Ring service.  We also discovered that customers of other manufacturers including Kruss, KSV, Kyowa, CSC, SEO and a few others might have a need for our du Nouy Ring service support too.

Well, the good news is that we are in the Du Nouy Ring business.  We can repair or provide replacement rings for any brand of Du Nouy Ring on the market.  This includes Du Nouy Rings for the popular Fischer Scientific Tensiomat, CSC Scientific, Kruss, KSV, Kyowa, SEO and more.

Do you have a need to have a ring repaired?  Or maybe you just need a new one.  Or maybe both.  Well we can help.  Just submit your contact information so we have a way to reach you and tell us what type rings you have.   We'll have someone contact you to review the details and if needed arrange to have your damaged rings sent in for service.
If you know of another person or organization that could benefit from our service please don't hesitate to forward this information to them. 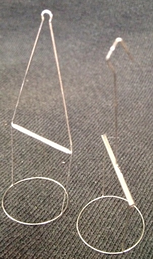 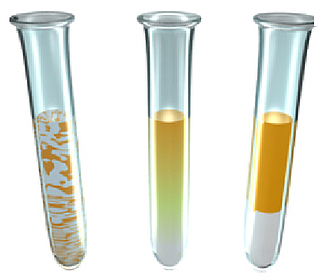 We all know that surface tension affects our daily lives thru everyday applications like the ink you use in a pen, detergents for washing clothes, soap to clean your hands, paint for the house, just to name a few.  But Surface tension is more involved in your life than you may think.

Tap water is usually around 72 to 73 dynes/cm.  This can vary by temperature and other variables but for the sake of this blog post we will assume 73 dynes/cm.  Now this is where it gets interesting.  At 73 dynes/cm water will hydrate you.  Or does it?  You see, It is known that on a cellular level your body has to convert fluids to 45 dynes/cm to allow the water to penetrate the human cells.  Once water penetrates the cells it can hydrate and remove toxins from the cells.   If water cannot effectively penetrate human cells an accumulation can build up and over time cause the cells to die.  Amazingly, I have seen places around the world where people claim to have special water.  They claim their water has a lower surface tension and less colloidal minerals.  You knew this was coming..Yes, these same people have demonstrated good health as they easily live to be 100 years old!  And yes, they attribute this to their water.

Not surprisingly, I see web sites now that sell supplements to lower the surface tension of  water to improve your health.

Fact or Fiction you ask?
I think I am going to order some of these supplements and check it myself with a digital tensiometer!  As they say the proof is in the pudding. Or in this case the surface tension!

Stay tuned.  I will update my findings and how I did.